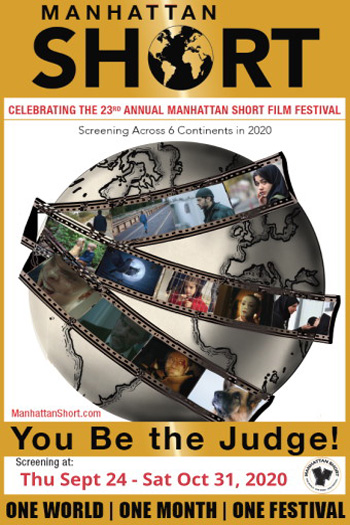 In Theatres Sep 25, 2020
To Preorder Tickets for this movie, please select the theater you would like to purchase tickets for.

Aava has but one wish: to get a dog. Meanwhile, her parent's marriage is falling apart.

A teenage girl gets involved in the process of delivering a pack of cocaine to its client, and gets stuck in a weird cycle of occurrences.

At death's door, a thriving businessman meets his old dog Grey, which he heartlessly threw out on the street many years ago.

A man finds his stolen bicycle, but now it belongs to a stranger. How much of himself will he lose to get it back?

After an unsuccessful attempt to renew his automobile registration, Dejan falls into a bureaucratic trap that tests his determination to be a responsible father.

A boy's secret love for his closeted bully drives him into an unconventional road to confession and its consequences.

On his wedding anniversary, Yusef and his young daughter set out in the West Bank to buy his wife a gift. Between soldiers, segregated roads and checkpoints, how easy can it be to go shopping?