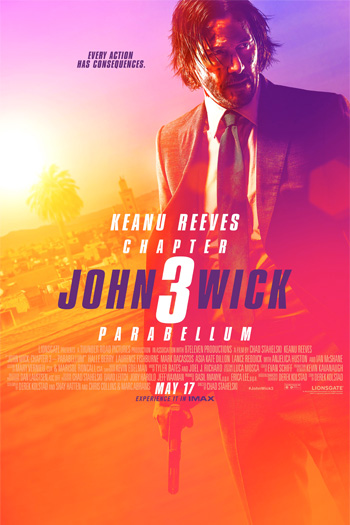 In this third installment of the adrenaline-fueled action franchise, super-assassin John Wick (Keanu Reeves) returns with a $14 million price tag on his head and an army of bounty-hunting killers on his trail. After killing a member of the shadowy international assassin’s guild, the High Table, John Wick is excommunicado, but the world’s most ruthless hit men and women await his every turn.

Click Here to print your coupon and submit at Video 4 for a chance to win a prize!

One coupon per person! Redeem at box office.

Buy one get one free at any Las Cruces theatre every WEDNESDAY with valid military id. One ID per tickt purchased.  Does not include 3d films.